Episode 17 – Foraging for Your Dinner

Wild foods foraged along beaches on the Sunshine Coast and in the nearby hinterland feature in many top Australian restaurants from Noosa to Byron Bay. This is thanks to Nick Blake, of Wild Forage Australia, a passionate forager and chef whose mission is to bring wild foods to our plates while also acting as an environmental steward to protect and preserve the species he gathers.

Nick is also a font of knowledge on the edible plants you might have in your backyard or in your neighbourhood that you can use in your kitchen. 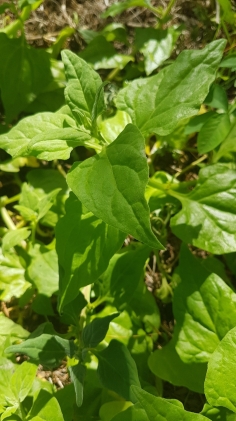 Nick’s goal is to bring foraged foods into nearby restaurants where he says the natural limitations of working with seasonal foraged foods helps chefs develop a creative mindset.

For Nick, seasonality is everything. He says foraging is all about time and place – about what grows in an area throughout the year and how it can be shown on a plate.

Nic’s path to foraging began with a childhood roaming the forests of Fiji with his friends. He studied environmental management and worked  as a sustainability manager for a luxury hotel group in New Zealand and Hong Kong. It was working in hotels that he fell in love with the complementary chaos and order of the commercial kitchen.

Later, during a work experience stint at the Noma popup in Sydney, he was fascinated by the idea of drawing inspiration for his cooking from his local surrounds. Nic has gone on to build a career and a business around combining his skill set as a chef with the beauty of the wild foods of south-east Queensland.

From the seaside to the hinterland, some of the foods Nic forages include:

He has even made a bunya nut miso – a very Sunshine Coast seasoning!

Some Australian Restaurants Which Use Locally Foraged Foods

Wild Herbs of Australia and New Zealand by Tim Low 1985